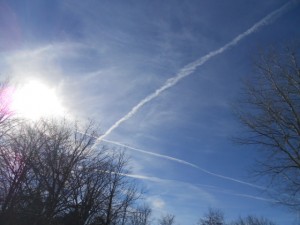 Destroying the planet… for fun? profit? power? genocide? to accommodate another species?

“When aluminum (chemtrails) and mercury (vaccines and metallic dental fillings) combine, the toxic effects are increased by 10,000%.”

END_OF_DOCUMENT_TOKEN_TO_BE_REPLACED

How do they control us now? They have their ways…

“They” are the .01% at the top of the financial pyramid, the “elite”, “plutocrats”. They have amassed great fortunes and now they play chess with their friends and use us as the expendable pawns. “They” also include their lackeys (a person who is obsequiously willing to obey or serve another person or group of people), and groups of their lackeys in such positions as corporations, governments and organizations.

What is the bond between the “elite” and their lackeys? Yes, some people will do anything for money, so they have their paid lackeys. Others simply love power and they gravitate toward the “elite” because they are controlling the big game. And then there are those who are controlled by nefarious means: blackmail, sex, drugs, money, threats of murder – the primary person or his/her family – murder, and so on. And below the surface of the corruption and control lies their religion, which is Luciferianism or Satanism. Some make it a point to differentiate the two, though they overlap in some ways.

Having managed to funnel most of the money from around the world into their own coffers, the “elite” amuse themselves by designing and implementing plans to gain control of governments and resources around the world. Money, of course, is a tool for them to do all that. Money allows them to buy governments, educational institutions, militaries, judges, presidents, corporations, land – people, places and things. END_OF_DOCUMENT_TOKEN_TO_BE_REPLACED

How do guilty children get away with their mischief? They name-call.

Often, when there is dissent expressed in the United States against the policies of the Israeli government, people here are called “anti-Semitic.” What is your response to that as an Israeli Jew?

Well its a trick, we always use it. When from Europe someobody is criticizing Israel then we bring up the holocaust . When in this country people are criticizing Israel then they are anti-semitic. And the organization is strong and has a lot of money. And the ties between Israel and the American estab- Jewish establishment are very strong and they are stong in this country, as you know. And they have power, which is ok. They are talented people and they have power and money, and the media and other things, and their attitude is ‘Israel my country right or wrong’, identification. And they are not ready to hear criticism. And it’s very easy to blame people who criticize certain acts of the Israeli govt as anti-semitic and to bring up the holocaust and the suffering of the Jewish people and that – that is justify everything we do to the Palestinians.

How do plutocrats manipulate us? With social psychologists. Eddie Bernays, self-declaread “father of public relations” was the double nephew of Sigmund Freud. Bernays loved to dream up schemes to substantially profit his clients, while making fools of the American people – to their detriment.

Democracy and freedom are the two shining lights of Western ideology but like any system it can be manipulated, subverted, compromised and broken. One hack of the democratic system is known as “the manufacture of consent”.

Dictatorships tend to use violence to keep people under control but in democracies that tactic isn’t always possible. Instead propaganda is used to tell people how they should think and, by extension, to influence what you do.

One of the key proponents of this use of propaganda was Edward Bernays, the nephew of Sigmund Freud and the man who coined the phrase “public relations”.

This video explains how the idea of manufacturing consent came to be part of the political process.

scoundrel |ˈskoundrəl| | noun
a dishonest or unscrupulous person; a rogue

“Freeing” women to smoke to increase the profits of his tobacco company client was one of the more innocent of Bernays’ projects. He also helped to “manufacture public consent” for World War I and helped many corporations manipulate the public mind. You can tell how pleased he is with himself in this video. He wrote a book called Propaganda that Hitler’s propaganda minister, Goebbels, praised for its value to the Nazi movement. The most skilled public relations firms make you think your purchasing or political choices are your own original ideas and logical conclusions, while their campaigns are carefully designed to appeal to your unconscious, irrational emotions.

From former Hitler bodyguard, Otto Skorzeny’s deathbed confessions and box of photographs. Who is the boy in the center, dressed in a navy uniform?…

Since Skorzeny’s death in 1999, the various leads he provided have been followed up and tend to support what, at first blush, would appear to be the unbelievable rantings of an embittered old man. What remains constant as we pore through publicly available official records, private correspondence, memoirs, newspaper articles, photos and other “clues” is that Bush family records (the ones that exist) are a puzzle palace of inconsistencies and curiosities. Since it is a congressionally established fact that Prescott Bush was in business with the Nazis during WWII, we can safely say that the Bush/Nazi connection existed.

Who are the Bushes? How did they get connected with the Nazis? Is the connection still alive through U.S. presidents George H.W. Bush and George W. Bush? The answers are not as literal as we would like them to be. But we have the testimony of Otto Skorzeny and his photos—especially the one at right. So, here we go—the first installment of an investigation that points to a curious conclusion: The “Bush” family was created to destroy America.