This is something you can do, if you enjoy gardening… 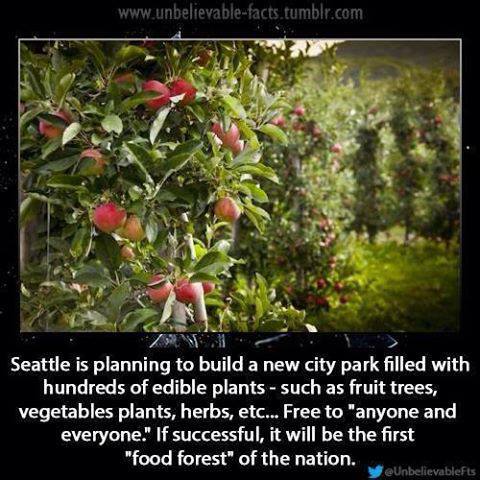 Something a president can do…

Standing at the lectern, with no notes, and with the teleprompter turned off, the President began:

Immediately, the television feed was cut. Screens all over the world went black.

The picture, quite grainy, and against a background of flickering shapes, came back. Viewers heard shouting in the press room. The President’s image wobbled.

“The Presidency is staged soap opera.”

A few seconds later, there were rumbling sounds, later identified as chairs and tables being overturned.

Then, as subsequently reported by the New York Times, “Audio of the President was restored by means not known to the broadcast networks. Apparently, a ‘rogue faction’ of criminals hacked into NBC, ABC, and CBS network systems and brought the audio back on line.”

The President was then clearly heard to say:

“The pharmaceutical industry, with its drugs, kills at least a hundred thousand Americans a year.”

There was a loud rattling noise and an explosion (?), but the audio broadcast held. The President continued:

A few moments later, the television picture was restored. The President, his face sweating, was standing at the podium.

A thick blue substance moved diagonally through the picture, threatening to obliterate it. But suddenly the substance broke up into slender filaments. As if swept by a broom, the filaments fled to the bottom of the picture and vanished. The Times later referred to “a war between two sets of opposing hackers.”

Now there was both and sound and picture.

“The NSA is spying on everyone domestically. The ultimate goal of the Surveillance State is control of the entire population.”

A voice shouted, “You’re crazy! The President is mentally ill! Don’t listen to him!”

Read the entire story at A President’s press conference for the ages « Jon Rappoport’s Blog.

Ralph Nader, hero of “the people”, explains corporate power and abuse – some call it “fascism”. What he describes is the monopolistic system of the “elite”. He offers many excellent suggestions here after the halfway point in this video.

Memo: From Nick Hanauer
To: My Fellow Zillionaires

You probably don’t know me, but like you I am one of those .01%ers, a proud and unapologetic capitalist. I have founded, co-founded and funded more than 30 companies across a range of industries—from itsy-bitsy ones like the night club I started in my 20s to giant ones like Amazon.com…

But let’s speak frankly to each other. I’m not the smartest guy you’ve ever met, or the hardest-working. I was a mediocre student. I’m not technical at all—I can’t write a word of code. What sets me apart, I think, is a tolerance for risk and an intuition about what will happen in the future. Seeing where things are headed is the essence of entrepreneurship. And what do I see in our future now?

The problem “We the People” now face is essentially the same that was faced by our Founding Fathers when they were oppressed and tyrannized by King George and England. One major difference now however is that our leadership has been compromised, bought, blackmailed or murdered, leaving us without any George Washington, Ben Franklin, or John Adams type individuals…

But the core problem is the same, namely that America is under siege by the City of London World Zionists (WZs) just as before.

These Luciferian WZs are sheep-dipped as Banksters when they are actually inhuman demonic Beasts attempting to complete an age old Luciferian plan for world domination and death to all “Goyim” in order to install their Anti-Christ as King of the World.

Their goal for America? To infiltrate, hijack, asset strip and tyrannize Americans, just like before, which thanks to our Founding fathers and about 3% of the Colonists that fought along with them, failed. Only this time the WZ’s plans go even further, to destroy America forever and mass-murder up to 80% of “We the People” after using America to fight all its wars for Israel and expand its control over the whole world.

What exactly is the origin of the WZs and who are WZs?

Because World Zionism is a secret occult group based on Luciferianism it is difficult to obtain this information easily. Several insiders who have left it have claimed it is a strange combination of a merger between Babylonian Talmudism, the outright satanism of Aleister Crowley, Alice Bailey, the Rosicruceans, Freemasons and other such groups based on the secret teachings of Lucifer. Many Christians and Deists have claimed that Lucifer is a fallen chief angel and temporarily the god of this world who is determined to mass murder as many humans as possible because he was condemned by God Almighty for his rebellion…
END_OF_DOCUMENT_TOKEN_TO_BE_REPLACED

What you can do? Learn to talk with your friends about new ideas…

▶ How to Wake Friends Up Without Losing Them – Thomas Sheridan – YouTube.

What you can do? Educate yourself about what is going on in the world, beyond the appearance of things. Listen to your intuition as Thomas Sheridan did when he met the psychopaths on Wall Street. Know that this is how many of the richest, most powerful people on this planet behave. They manipulate, cheat and deceive and that is how they get to the top of the monkey pile.

It is Now Time to Walk Out of Hell (Thomas Sheridan Lecture) – YouTube.

A friend’s brother works at Monsanto; neither the brother nor his wife will eat corn chips. They know. What can little old you do? Boycott, boycott, boycott… Grab some organic, non-GMO popcorn and watch this movie…