This is a live interview originally conducted on livestream by Kerry Cassidy with Stew Webb… Investigative journalist and patriot. We talk about the way the banksters took over America and the mortgages that resulted in the housing debacle of 2008. We also cover the Bush crime family, the Clintons and the cartels who are financing the black projects.

Stew Webb has been a tireless investigator into the conspiracy facts that are involved with the taking down of America and could result in WWIII if they have their way. With fighters like this on our watch we may have a chance to turn this ship around. The truth and nothing but the truth. Thanks, Stew. – Kerry Cassidy. Project Camelot

What really happened leading up to 9-11?…

The Summer of 2001,Former Congressional staffer and CIA Asset Susan Lindauer warned the Government about a major attack involving the World Trade Center.Lindauer provides an extraordinary first-hand account from behind the intelligence curtain that shatters the government’s lies about 9/11 and Iraq,
and casts a harsh spotlight on the workings of the Patriot Act as the ideal weapon to bludgeon whistle blowers and dissidents.

A terrifying true story of “black budget” betrayals and the Patriot Act, with its arsenal of secret evidence, indefinite detention and threats of forcible drugging.LINDAUER WAS THROWN IN PRISON BY THE USA GOVERNMENT!

Susan’s book “Extreme Prejudice” can be purchased on Amazon.

Udo Ulfkotte, a former editor of Frankfurter Allgemeine Zeitung, one of largest newspapers in Germany, admits he worked for the CIA.

“I’ve been a journalist for about 25 years, and I’ve been educated to lie, to betray, and not to tell the truth to the public,” Ulfkotte told Russia Today. “I was supported by the Central Intelligence Agency, the CIA. Why? Because I am pro-American.”

He decided to tell the truth about corporate media controlled by the financial class because he fears war in Europe.

“The German and American media tries to bring war to the people in Europe, to bring war to Russia. This is a point of no return, and I am going to stand up and say… it is not right what I have done in the past, to manipulate people, to make propaganda against Russia.”

CIA subversion of the corporate media is well documented. Beginning in 1948, former Wall Street lawyer Frank Wisner, as the director of the Office of Special Projects (soon to become a division of the CIA), established Mockingbird, an operation designed to convert the corporate media into a propaganda vehicle for the financial elite. Wisner enlisted Philip Graham of The Washington Post to run the operation and recruit journalists, many who worked for military intelligence during the Second World War.

“By the early 1950s, Wisner ‘owned’ respected members of the New York Times, Newsweek, CBS and other communications vehicles,” writes Deborah Davis in her book, Katharine the Great: Katharine Graham and the Washington Post. 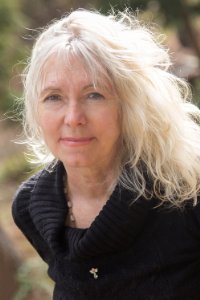 Video testimony by an anonymous former CIA official was shown at the Citizen Hearing on Disclosure at the National Press Club in Washington, DC on Friday, May 3.

In the video, he claims to have served in the U.S. Army, worked for the CIA, and worked on the U.S. Air Force’s Project Blue Book–one of the USAF’s official studies of UFOs. And he refers to the project as "partially a fraud." Asking for clarification, Dolan states, "You’re saying some of the Blue Book cases were completely fictitious?" The anonymous man responds, "Yes."

"Anonymous" alleges that, after an invasion threat from President Dwight Eisenhower, he and his superior at the CIA were allowed inside the secretive Area 51 in Nevada to gather intel and report back to the president. There, "Anonymous" describes seeing several alien spacecraft, including the craft that crashed in Roswell, New Mexico. Then, he and his superior were taken to the S-4 facility southwest of Area 51 where they observed live extraterrestrials.

Certain parts of this video were Edited to protect the individual giving the testimony.

Watch this video at Testimony Of Dying CIA Official 2013, About UFO's And The Extraterrestrial reality – YouTube.

John Todd (Lance Collins a witch of the Collins bloodline), answered directly to the Rothschilds. He said that the Rockefellers were in charge of the Illuminati in the USA. Listen to the audios… Read the transcripts… He has had extensive experience with the Illuminati and delivers a wealth of information to his audience. He began speaking out after he “hit bottom” and discovered that prayers were more powerful than spells.

THE ONLY THING THE ILLUMINATI FEAR, AS I SAID, IS AN INDEPENDENT PERSON who can live, eat, sleep, stay warm & defend themselves separate from Federal help.

Audios and transcripts of John Todd, the Illuminati and Witchcraft: Part I and Part II.