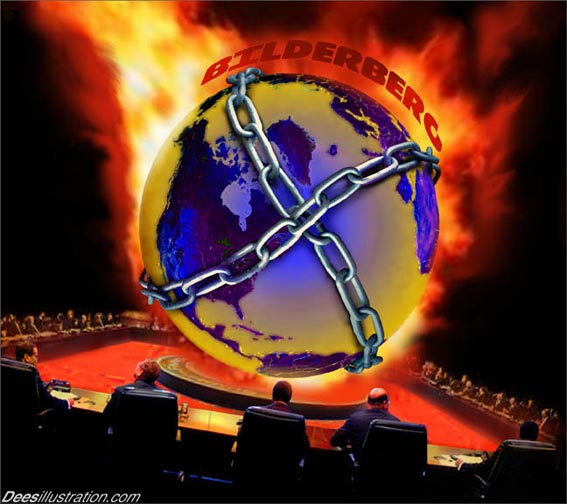 According to the Illuminati, the Council on Foreign Relations is the American branch of the conspiracy to take over the world and create a world government. The leaders of this group, as well as the leaders of the nation, are all members of the Illuminati and play integral roles in the groups’ mission. The Council was founded in 1921 by President Woodrow Wilson’s chief advisor, Edward Mandell House. He allegedly wielded a great deal of power during the Wilson Administration and as a Marxist, he hoped to create a socialist society in the United States.

The CFR allegedly was created by House and his associates to destroy freedom and independence in the United States. Key financing for the Council came from the Rockefeller and Carnegie Foundations in the 1920s, and in the 1940s, Roosevelt invited CFR members to take over important positions in the State Department. They allegedly have retained domination during the past 60 years.

Carroll Quigley, Bill Clinton’s mentor at Georgetown University and a member of the CFR, claimed in his book “Tragedy & Hope”:

“The CFR is the American Branch of a society which originated in England, and which believes that national boundaries should be obliterated, and a one-world rule established.”

Rear Admiral Chester Ward, a former member of the CFR for 16 years, explained:

“The most powerful clique in these elitist groups have one objective in common — they want to bring about the surrender of the sovereignty of the national independence of the United States. A second clique of international members in the CFR comprises the Wall Street international bankers and their key agents. Primarily, they want the world banking monopoly from whatever power ends up in the control of global government.” END_OF_DOCUMENT_TOKEN_TO_BE_REPLACED

Catholic Jesuit Superior Adolfo Panchon announced his resignation this week after the International Common Law Court of Justice in Brussels linked him to Ninth Circle Satanic Child Sacrifice Cult ceremonies. For the last month five judges have “examined numerous eyewitnesses and Vatican archival documentation that clearly link Pachon, Pope Francis, former Pope Ratzinger and Archbishop of Canterbury Justin Welby to the ritual rape and killing of children as recently as 2010″ according to yesterday’s bulletin from the International Tribunal into Crimes of Church and State. Last month the ITCCS began prosecuting the case before the five international judges and 27 jury members. http://itccs.org/

“Pope Francis’ bizarre remarks during last week’s Mid East tour that ‘Sex abuse is like a Satanic Mass’ reveals that he understands that the rape of children within his church are linked to Satanic rituals in which he himself participates” the prosecutor said from Brussels. “We consider the Pope’s remarks a tacit admission of guilt and more evidence of his involvement in this monstrous crime.” http://www.bbc.com/news/world-europe-27583474

A Catholic Jesuit Order called the “Magisterial Privilege” dated Dec. 25 1967 concerning the Black Mass has been provided to the court from Vatican archives. The document was said to show that every new Pope was required to participate in Ninth Circle Satanic Black Mass ritual sacrifices of newborn children, including drinking their blood.

“Vatican documents clearly indicate that for centuries the Jesuits had a premeditated plan to ritually murder kidnapped newborn babies and then consume their blood,” the Chief Prosecutor told the court. “The plan was born of a twisted notion to derive spiritual power from the lifeblood of the innocent, thereby assuring political stability of the Papacy in Rome. These acts are not only genocidal but systemic and institutionalized in nature. Since at least 1773, they appear to have been performed by the Roman Catholic Church, Jesuits and every Pope.”

The Council on Foreign Relations is the American branch of a society which organized in England . . . (and) . . . believes national boundaries should be obliterated and one world rule established.”*

The Trilateral Commission was formed in 1973 by private citizens of Japan, Europe (European Union countries), and North America (United States and Canada) to foster closer cooperation among these core democratic industrialized areas of the world with shared leadership responsibilities in the wider international system. “The Trilateral Commission is international . . . (and) . . . is intended to be the vehicle for multinational consolidation of the commercial and banking interests by seizing control of the political government of the United States.”*

The Bilderberg is a quasi-secret consortium of international elite who meet annually to plan world economic and political policies. The Bilderberg has no membership per se. Those identified with “B” in this chart have attended at least one Bilderberg meeting.

This is a link to an organizational chart that reveals the names of individuals and organizations that join together in hopes of determining the ultimate fate of the world – a one-world government, a “New World Order”: Establishment Elite Still in Control 2009