What you are told in the mainstream media, is the exact same agenda being pushed by politicians and the New World Order. The proof can be seen in this video how just one of these megalomaniacs has traded power with different politicians through the DECADES. Bombarding the public with what they are told to believe, and for most that use the TV as trusted source of information – it works. They believe that to control the media is to control your opinion and even your mind. This is true because many take news as fact and pass it around.. promote it.. defend it.. with no thought that they are fuelling a political agenda and a pack of lies. Look at those at the top who control the media, they are the same breed as those who corrupt within governments and through secret societies. For decades, Australian-born billionaire, SIS Agent and Freemason (Knight of Malta) Rupert Murdoch has used the US government’s increasingly lax media regulations to consolidate his hold over the media and wider political debate in America. Consider Murdoch’s empire: According to Businessweek, “his satellites deliver TV programs in five continents, all but dominating Britain, Italy, and wide swaths of Asia and the Middle East. He publishes 175 newspapers, including the New York Post and The Times of London. In the US, he owns the Twentieth Century Fox Studio, Fox Network, and 35 TV stations that reach more than 40% of the country…His cable channels include fast-growing Fox News, and 19 regional sports channels. In all, as many as one in five American homes at any given time will be tuned into a show News Corp. either produced or delivered.” But who is the real Rupert Murdoch? As this report shows, he is a far-right partisan who has used his empire explicitly to pull American political debate to the right. He is also an enabler of the oppressive tactics employed by dictatorial regimes, and a man who admits to having hidden money in tax havens. In short,there more to Rupert Murdoch than meets the eye.

In 2003, Rupert Murdoch told a congressional panel that his use of “political influence inour newspapers or television” is “nonsense.” But a close look at the record shows Murdochhas imparted his far-right agenda throughout his media empire.

MURDOCH THE WAR MONGER:
Just after the Iraq invasion, the New York Timesreported, “The war has illuminated anew the exceptional power in the hands of Murdoch,72, the chairman of News Corp… In the last several months, the editorial policies of almostall his English-language news organizations have hewn very closely to Murdoch’s ownstridently hawkish political views, making his voice among the loudest in the Anglophoneworld in the international debate over the American-led war with Iraq.” The Guardianreported before the war Murdoch gave “his full backing to war, praising George Bush asacting ‘morally’ and ‘correctly’ and describing Tony Blair as ‘full of guts'” for his support of the war. Murdoch said just before the war, “We can’t back down now — I think Bush isacting very morally, very correctly.” [New York Times,4/9/03; Guardian,2/12/03]

MURDOCH THE NEOCONSERVATIVE:
Murdoch owns the Weekly Standard, the neo-conservative journal that employed key figures who pushed for war in Iraq.

On 21st July 2012 (a week after this video was published) he resigned, it was uploaded in the midst of the phone hacking scandal.. say what you want, he still owns a shitload and has a big influence politically, especially through his sons, especially Lachlan. He will leave his businesses in the family and shit won’t change…unless people make a stand against this in whatever way they can.

Asad Ismi: review of ‘Whiteout: the CIA, Drugs and the Press’ by Alexander Cockburn and Jeffrey St. Clair, 1998

“I toiled wholeheartedly in the vineyards because it was fun, fun, fun. Where else could a red-blooded American boy lie, kill, cheat, steal, rape and pillage with the sanction and bidding of the All-highest.”
– George Hunter White, who oversaw drug experiments for the CIA (p. 209).

After the Second World War, the United States government went on a genocidal rampage that has killed about six million people in the Third World. Cockburn and St. Clair examine a cross-section of this terror pertaining to the CIA and drugs. Written in a clear, readable style and supported by solid documentation, Whiteout is a compelling catalogue of the horrors of U.S. foreign policy.

The authors are at their best when revealing the Nazi roots of this policy in a superb chapter titled, “Klaus Barbie and the Cocaine Coup.” Barbie‚s career shows the continuity between Nazi Germany and the U.S. and also links the latter to the rise of cocaine in Latin America. Known as the “Butcher of Lyons”, SS officer Barbie commanded the slaughter of more than a million Slavs and Jews and tortured French resistance fighters to death. Yet his career “scarcely missed a beat” before the U.S. had hired him in postwar Germany and then smuggled him to Bolivia where he continued killing people as head of internal security for cocaine-trafficking generals brought to power in U.S.-backed coups in 1970 and 1980. The increase in Bolivian cocaine production under the generals led to the emergence of the Colombian cartels. Barbie continued to work for the CIA, engaged in drugs and arms trafficking and played a significant role in the U.S.-inspired “Operation Condor” aimed at suppressing popular rebellions and keeping dictators in power throughout Latin America. The monstrous crimes of men like Barbie were the example followed by the U.S. in dealing with the threat of Third World liberation. As the authors explain:

“In less than a year the [Nazi] mobile death squads [in Russia] under the command of men such as Barbie killed more than a million people. Here was the model for the CIA’s death squads in Vietnam…and in Latin America where CIA-sponsored teams in Guatemala, El Salvador, Chile, Colombia and Argentina applied similar methods of brutal terror, killing hundreds of thousands. There’s nothing, in terms of ferocity, to separate a Barbie-supervised killing in Russia from later operations such as My Lai or El Mozote.” END_OF_DOCUMENT_TOKEN_TO_BE_REPLACED

“We’ve set out to overthrow functioning constitutional democracies in over 20 countries…” for whom?  Whose big plan could this be?  And this was from 1989… Think this year, now, and the Middle East… Making life miserable for people all over the globe – including the USA – a Satanist’s wet dream.

“I toiled wholeheartedly in the vineyards because it was fun, fun, fun. Where else could a red-blooded American boy lie, kill, cheat, steal, rape and pillage with the sanction and bidding of the All-highest.”
– George Hunter White, who oversaw drug experiments for the CIA

When you have too much money and too much time, you dedicate yourself to “perfecting” the world and the people in the world. Problem is, just having money and time does not guarantee you are wise and will make good decisions – or even that you have sincere, good intentions toward others. 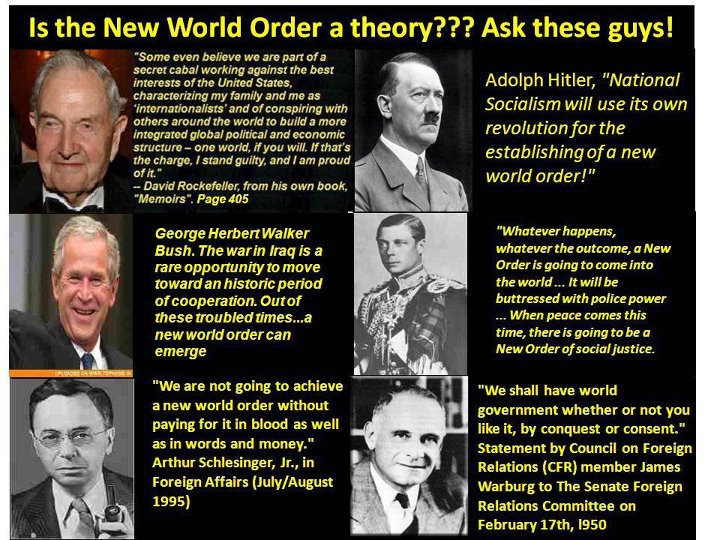