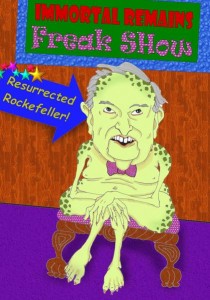 The World Bank’s stated purpose is to help poor and developing countries by providing loans.

The catch? To obtain one of these loans, you have to comply with the Bank’s draconian wish lists.

Examples of the conditions countries must meet to gain access to a loan include suppressing wages, cutting programs like education and health care, and easing limits on foreign investment.

How do the results stack up with its stated mission?

Not well. In fact, data shows most countries that have taken the World Bank’s money and agreed to its terms are no better off today then they were when they received their first loan — and many are actually worse off.

From the Heritage Foundation:

Of the 66 less-developed countries receiving money from the World Bank for more than 25 years (most for more than 30 years), 37 are no better off today than they were before they received such loans.

Of these 37 countries, most (20 in all) are actually poorer today than they were before receiving aid from the Bank…

Read more at This Secret Group Controls the World | Economy.

“THE BANKSTERS” scene with WHISTLE BLOWER.
Past Senior Council of the World Bank for 20 years interviewed by Edmund Druilhet Executive Producer. See complete film at http://vimeo.com/ondemand/5639/